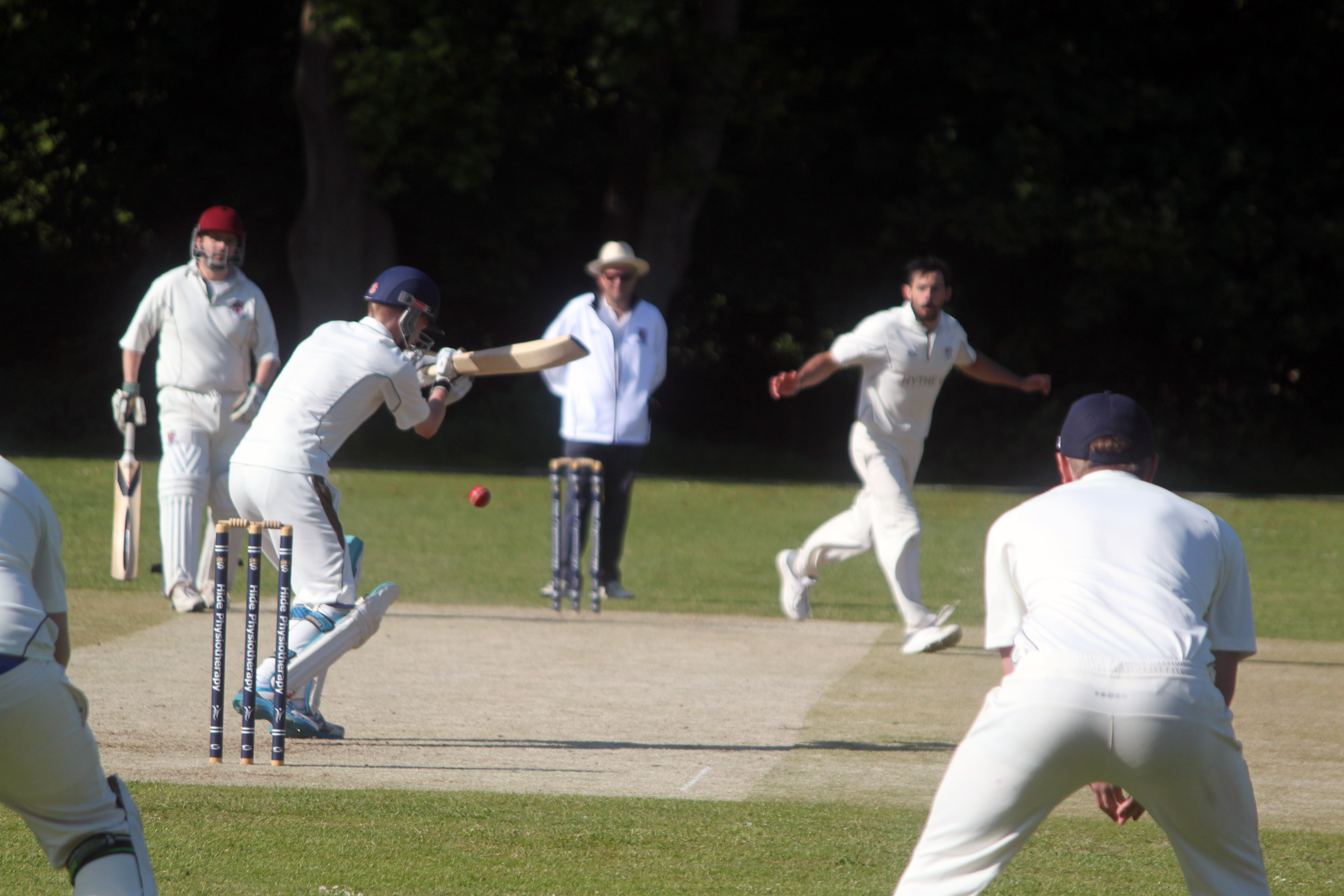 On Saturday 19th May, Saltwood hosted Westgate on CC in the Kent Regional League Championship East. After a frustratingly wet start to the season, it was a pleasure to see the sun beating down on another gorgeous Saltwood wicket.

Saltwood won the toss and had no hesitation in batting first. Tom Carr and Jamie Keeler opened up and instantly made their presence known. The pair controlled their innings well and shared a 32 over first wicket stand of 166, before Tom Carr departed for 57 trying to munch a short ball through the offside, but unfortunately chopped onto his stumps.

With 8 overs remaining, Saltwood sent out billy big bash Jack Pudding, whom felt this was the time to construct an innings by introducing leaves and blocks into his game. After having a look, Jack (5) crashed a powerful 4, but fell a ball later attempting to whip one into next week.

Ryan Hall (26) enjoyed a quick cameo with some impressive 6 hitting and Dan Cowell (9*) joined the party for the final few overs, taking the Wood up to 244. The innings belonged to Jamie Keeler (120*) whom batted with some serious class, accompanied by a continuous flow of superlatives from onlookers in the pavilion. Very well batted Jamie.

It was Brice’s turn to produce a tea this week. Although it was a lovely tea, a very dark shadow was cast by the pungent egg sandwiches which lead to Brice being fined for stinky kitchen etiquette.

Saltwood took to the field. Joey Pratt started well hurling down fireballs, with Shah Rajput at the other end gracefully hooping the ball from leg to outside off. It was the ever elegant Shah who made the breakthrough, taking three quick wickets. Two of which were grabbed in the James Corden by the notorious duo Keeler and Carr.

Westgate found their momentum, with 3 of the middle order batsmen scoring fifties, putting the pressure onto the Saltwood bowling attack. Westgates chase was slowed when young spinner Harry Stafford took the prized wicket of Westgate’s hard hitting No.4 Smith.

Brice Dempster and Teddy Easthope saw the Wood home with the ball and Westgate fell 11 runs short, all out for 233.
The Hythe Life Magazine Man of the match award goes to Jamie Keeler for his glorious 120*.